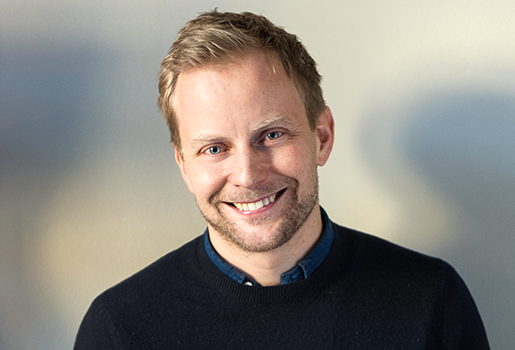 A while back our friends at iGaming Business published this interview with our CPO Erik Gullstrand. Enjoy the full article below:

The company’s co-founders, chief technology officer Mats Westerlund and product chief Joachim Timmermans, announced internally that they planned to leave the business at the end of 2018 in April last year. Since then, Gullstrand has been preparing to join CEO and co-founder Daniel Lindberg as part of the studio’s executive team.

He credits the trio of founders’ approach to management for powering his rise through the ranks, after switching from social to real-money gaming in 2012, just under a year after the company was founded. As Quickspin’s first Head of mobile, he worked on projects such as the award-winning Spin City Casino for Kindred Group, as well as overseeing the development of the HTML5 framework that now underpins its core slot product.

He then took an unusual turn, pivoting into a commercial role and working closely with Lindberg to help secure the studio’s first supply contracts, then pivoting once again into business development.

Gullstrand says that the support and encouragement of the founding team was key to his rise through the ranks.

“I was part of the company from its very early days, was very ambitious and keen to do as much as I could, and all three of them have been very helpful in providing such opportunities,” he says. “It’s something that I try to continue when I see talented people within the company.

He picks out the shift to commercial as an example of how he was encouraged to test himself: “It was difficult, as it was totally new to me, but I quickly came to enjoy it and learned a lot. It’s a testament to how great Quickspin’s founders are that this isn’t part of a conscious strategy; it’s just the way they do business.”

Crucially, this way of doing business has also helped the business succeed. Since it was acquired by Playtech in a €50M deal in May 2016, it has been allowed to operate as a stand-alone business unit. It could be argued that it is a cuckoo in Playtech’s nest. While Playtech has traditionally made its content available to operators on exclusive tabs or sites, Quickspin takes on all comers on the open market.

Gullstrand explains that Quickspin’s parent company has been particularly understanding of its value as a slot specialist, and is content to allow it continue operating as it has done since its establishment.

“As as a result of the [continued] success and growth of the business post-acquisition, Playtech understands that while we are in the same industry and the same business, our operating model is totally different,” he says.

However, he admits that if the company wasn’t as profitable and growing quite so rapidly, it may be harder to defend maintaining the current business model. It could even be a risky strategy; it’s more exposed to competition than Playtech’s other internal studios.

As Gullstrand says, the video slot sector is becoming increasingly crowded and competitive, with as many as 60 new titles being released in the European market each month.

“I think there’s still some room for innovation, but I also think also we could see the online video slot business will trend towards being somewhat commoditised,” he adds, however.

While this may ultimately cause Quickspin to explore other verticals – “I don’t think it’s impossible,” Gullstrand says – the company remains focused on the slot sector, with no current plans to diversify.

This is where Gullstrand – and Quickspin’s – background in the social gaming space comes in handy. Prior to joining the studio in 2012, Gullstrand had mainly worked for free-to-play gaming businesses such as Stardoll and Filimundus, aside from a stint at Jadestone, since acquired by WMS. Quickspin, meanwhile, effectively got started by launching its content for social casino operator Plumbee, which was acquired by GSN Games in 2016.

“One of the benefits in Quickspin is its free-to-play legacy,” he says. In this space, operators have to monetise users effectively, developing gamification solutions to engage and retain players.

This has informed the development of a range of different customer engagement and retention tools that help operators boost the performance of Quickspin’s titles, such as the Challenges feature. Challenges, which went live in December 2018, sees players attempt to guide an avatar through a maze to win additional prizes.

This approach of adding additional reasons to play follows the launch of a slot tournament feature earlier that year. Lindberg, at the time, described gamification as the future of online slots. With rival suppliers also investing heavily in developing a range of promotional features, it’s clear that more studios see it as a way of ensuring their content succeeds in the crowded market.

Some have suggested that this is a way to ensure that their games can rise above the competition, and sees the games studios go beyond simply creating games to help operators market the products as well. Yggdrasil has heavily marketed its range of promotional tools, while Red Tiger Gaming’s Smart Spins bonusing has been highly praised.

Gullstrand says the company has also been positively influenced by the startup scene in its native Sweden.

“In Stockholm we have access to so many professionals in gaming, such as slots, and beyond, with companies such as King, Paradox and Digital Illusion (EA DICE). Being open to new ideas, and trying to maintain that culture of innovation is very important,” he explains. “If you don’t do that you run the risk of stagnating, as we’ve seen with some of the bigger players [in the slot market].

“And there’s always a new Big Time Gaming around the corner ready to steal market share when you do,” he jokes.

With two of its founders departing, it’s something of a new era for Quickspin. Having said that, any business that can lose two of its founding members only to promote an employee that has been there since the early days is hardly taking a step into the unknown, especially after giving that employee almost a year’s notice before they take the step up.

In preparation for replacing Timmermans, Gullstrand has already overseen the maths team capacity being doubled, and a significant expansion of Quickspin’s production team.

“We’ve hired more people as we can see se the market is more competitive, but we’re in a better position today to face that competition,” he says. “I hope we’ll see some really strong launches this year, plus a few interesting gamification features and value-added services, which will set Quickspin apart from our competitors.”