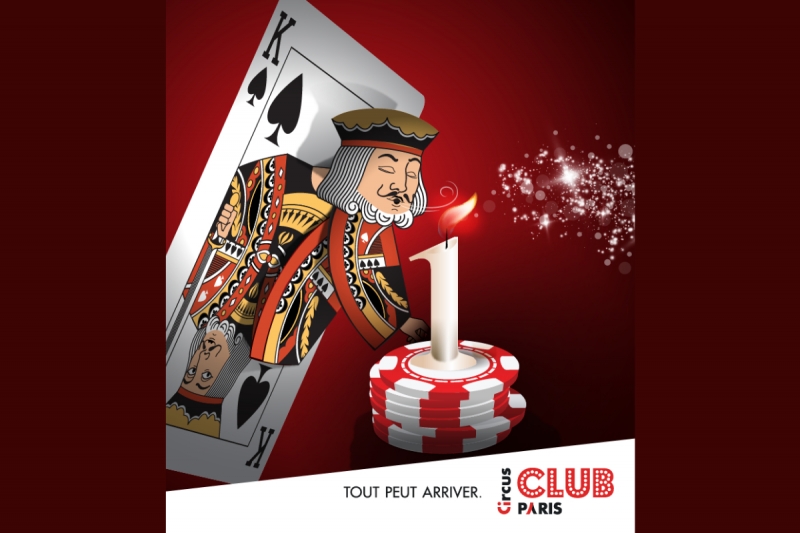 Leading gaming and sports betting partner GAMING1 has hailed the success of its Circus Club Paris gaming hall as it seeks to grow the Circus brand in France.

The club, which launched in September 2019, was only possible following the French government’s decision in January 2018 to allow certain gambling clubs in the capital – as casinos are restricted.

Despite the challenges of the past year, including the winter strikes in Paris, a number of new competitors opening in the city, and the shutdown of venues for three months due to Covid-19; the Circus Club Paris has exceeded expectations both in terms of attendance and turnover.

When the club reopened in June, a targeted poster campaign was launched throughout Paris in September and last month a scaled down, Covid-secure first birthday party took place with 80 of the club’s most loyal patrons.

Sébastien Leclercq, Country Manager France, Circus Casino, said: “We have been delighted with how the Circus Club Paris has performed over the past 12 months, despite the obvious challenges, and with five land-based casinos it’s clear that the brand is growing rapidly in France.

“We have ambitious plans to further this growth over the next few years and the launch of the Circusbet.fr platform will be a major contributory factor, giving customers the opportunity to enjoy Circus from home and benefit from our fully omni-channel approach.”

GAMING1 COO & Co-Founder Sylvain Boniver, added: “Our teams in France are doing an incredible job and it is a very proud moment for everyone at GAMING1 to see the Circus brand expand so rapidly and with so much success in the country.”

With its sights firmly set on continued French expansion, GAMING1 is in the process of establishing a land-based network with its Circus brand, as well as undertaking a joint venture with JOA, who run more than 30 French-based casinos.

In total, GAMING1 operators 42 gaming halls and casino resorts in Belgium, Switzerland, and France, as well as managing a portfolio of 20 online operations in regulated markets across the globe.