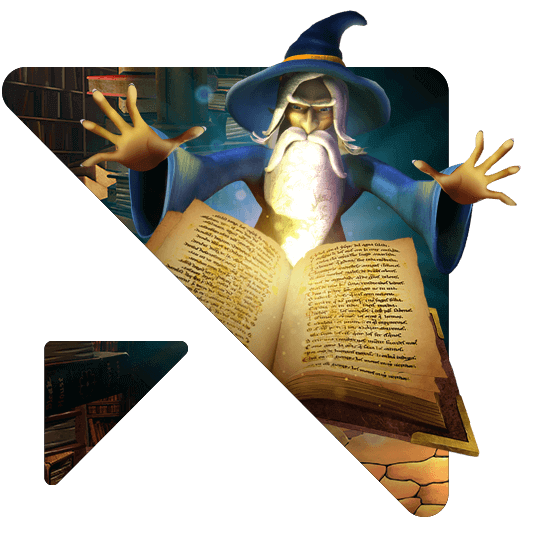 As with all other Wazdan slots, Great Book of Magic Deluxe is built on the supplier’s HTML5 framework that comes with a range of outstanding features such as a slick user interface, fast download speed, carefully crafted animations, exemplary characterisation, immersive ambient sounds and of course Unique Wazdan Features, a collection of ground-breaking technologies that has powered phenomenal growth for the global games supplier over the past six months.

This superior technology hands operators and players the power to run a number of features designed to boost engagement and deepens the player experience, including innovative in-game engines that include the world's first Volatility Levels™, Energy Saving Mode, Double Screen Mode and Unique Gamble Feature.

Importantly Great Book of Magic Deluxe is available in three different Volatility Levels™. Wazdan’s Volatility Levels™ let players set to a low variance where the game has frequent but smaller wins in Low Volatility or fewer although bigger wins with the High Volatility setting. Leaving the setting at Standard reverts the game to its normal volatility.

Catching at least three scatters anywhere on the 5 reels awards 10 Free Spins in which a randomly selected symbol plays the role of an expanding bonus symbol. The bonus symbol is revealed in an exciting drawing game in which the Great Book of Magic turns its pages. The bonus symbol expands to cover an entire reel, all to award as many wins as possible. Each win can be risked in a unique Wazdan gamble game where the players' task is to choose one of the magic potions, giving a chance to double each win up to seven times in a row.

Head of Sales at Wazdan Andrzej Hyla said: “We have built suspense and excitement into Great Book of Magic Deluxe, giving players an incentive to keep spinning the reels to progress through the game and boost their chance of multiple wins. We are delighted by the response in Northern Europe, the market has really taken to this game."

Wazdan was the winner of the Start-Up of the Year at the industry "Oscars" Malta iGaming Excellence Awards 2018, the latest award in a growing list of accolades including Hot Hit Award at G2E Asia 2018 for the incredible 9 Lions game. Wazdan’s portfolio of HTML5 slots contains a wide range of popular award-winning casino games, including Magic Target Deluxe, Valhalla and Wild Guns, as well as brand-new Football Mania Deluxe and Tetri Mania Deluxe slots.

Reach the stars with Magic Stars 3!

Games from Wazdan in OmniSlots casino!