Kalamba News Round Up #21

It’s a big old world out there and as new markets for Kalamba Games come online and an increasing number of regions continue to slowly return to some sense of relative normality, there’s never been more impetus for us to ensure we’ve got the right content for more and more players. So as ever, we’ve been hard at work creating exciting games and ensuring we can get them in front of as many people as we can. Here’s what we’ve been brewing up over the last few weeks…

We cooked up another batch of gaming excellence in Finnegan’s Formula: a feature-filled steampunk extravaganza with an ever-popular Irish twist. Join the crafty Brewmeister as he distils vials of super-secret elixir in his exotic lab where the reels hold fantastic win potential among the raft of features including K-Raise, K-Cash and HyperBonus! 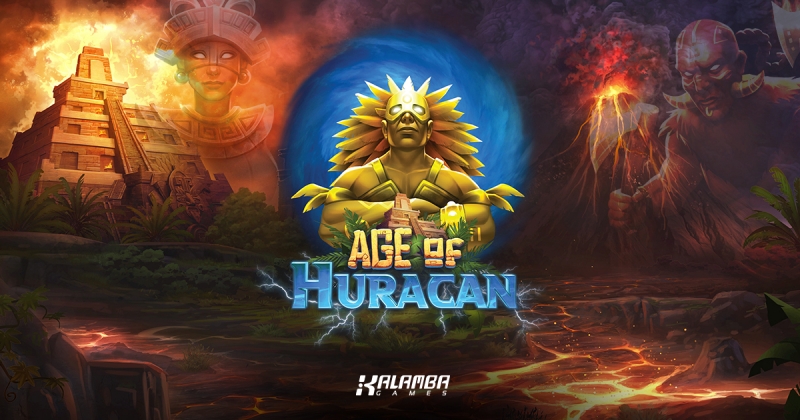 The antics in Finnegan’s lab just so happened to bring us to another landmark in our growth as a studio too: our 50th game. It’s been a hell of a ride so far and we’ve seen countless great gaming experiences along the way, so we’ve leant heavily on the learnings of the last 49 titles to proudly launch Age of Huracan.

Set among the ancient temples of the Mayans, the game tasks players with exploring the magnificent structures in search of treasure and wins while risking the wrath of the powerful Mayan God of wind, fire and storms, Huracan.

Chase the hurricanes and accumulate cash amounts on the reels to fill the K-Cash meter, while hitting three or more K-Cash hurricanes on a single spin triggers K-Cash Spins. HyperBonus makes its signature appearance too as players seek to raid the treasure of the fearsome deity!

It’s games like these and those before them that allow us to achieve success wherever we build the brand, and the latest promising market we made our debut in was Greece. Fifteen games from our extensive library have been given the green light to be distributed to local suppliers in the country including player favourites Ducks till Dawn, Griffin’s Quest and Blazing Bull, along with several titles from our Joker series.

The development comes on the back of recent similar certification in Croatia and our entry into the Italian and Spanish markets as we continue to spread the Kalamba word throughout regulated European markets.

We’ve been working on similar developments elsewhere in Europe too with some big news to announce soon that’s going to prove a significant leap, rather than a step, in our ambitious plans.

Not only this, but we’re very soon to be announcing a very exciting new technology development – underlining our commitment to bringing the very best in tech to each and every one of our partners and players.

So with that teaser of things to come, we’ll leave you on that cliff hanger and look forward to revealing all, along with our latest thrilling games, as soon as we can!

Age of Huracan out now!

Kalamba News Round Up #20

Welcome back to another...
Read more