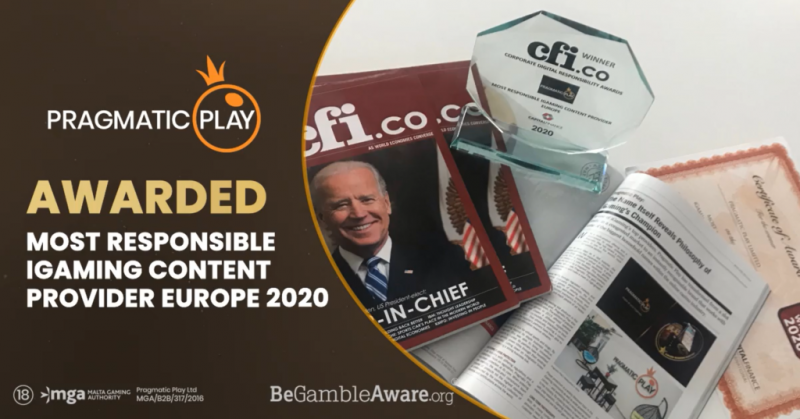 The award follows Pragmatic Play’s success at the SBC Awards

Pragmatic Play, a leading content provider to the gaming industry, has been named Most Responsible iGaming Content Provider in Europe by the prestigious CFI Magazine.

The supplier’s success at this year’s awards sees it put firmly at the forefront in its aim to support responsible gambling in regulated markets worldwide.

Noted by the judging panel was the company’s commitment to player protection, as well as its support of the GambleAware programme. Pragmatic Play also received praise for its proactive CSR strategy, driven by teams across eight countries.

CFI is a leading media presence reporting on business, finance, and economics, bringing global coverage and analysis of drivers behind change, as well as recognising some of the world’s biggest companies at its annual awards.

The award follows from Pragmatic Play’s success at the SBC Awards in late 2020, where it was lauded for its innovation in mobile gameplay.

“We take pride in our rigorous regulatory approach and we’re humbled to be recognised alongside some of the international communities most prominent brands.”

Pragmatic Play Confirms Desire To Register With LOTBA In Argentina