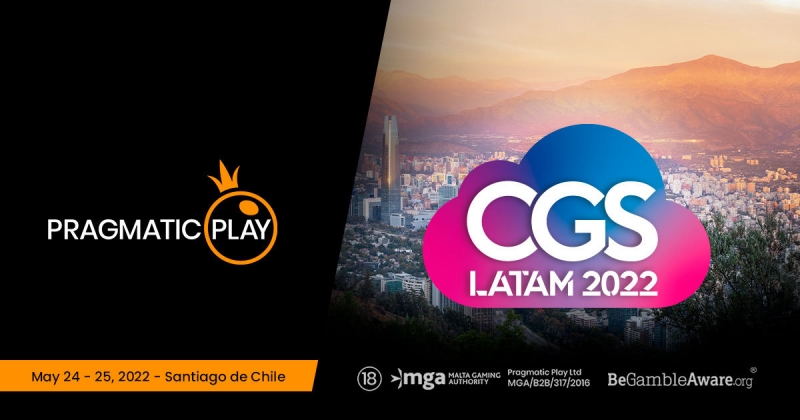 The provider will attend the CGS LatAm event in Chile

Pragmatic Play, a leading content provider to the iGaming industry, will be sponsoring, speaking and exhibiting at the CGS LatAm event in Chile.

Vice-president of Latin American Operations Victor Arias and his team will represent Pragmatic Play at the prestigious regional expo, which celebrates its 12th year promoting the reinvention of the iGaming industry.

CGS Latam 2022 will be held on May 24th and 25th, in Santiago de Chile with Pragmatic Play being a Platinum sponsor of the event. Victor Arias will be providing industry insight by speaking at a panel about the importance of online gaming.

Adding its presence to the show floor as an exhibitor, Pragmatic Play’s full integration into the Latin American-focused exhibition demonstrates its position as a market leader in the burgeoning iGaming region.

Victor Arias, Vice President of Latin American Operations at Pragmatic Play, said: “CGS LatAm is a great opportunity to further expand our presence in the Latin American market by reconnecting and meeting with fellow industry leaders from an operator and provider perspective.

“We always look forward to these in-person conferences as they are hugely beneficial to further increase brand awareness especially as Pragmatic Play has such an integral role at CGS LatAm this year.”

Pragmatic Play currently produces up to five new slot titles a month, while also delivering Live Casino and Bingo games as part of its multi-product portfolio, available through one single API.”

Pragmatic Play Turns Up The Heat In Fire Strike 2™