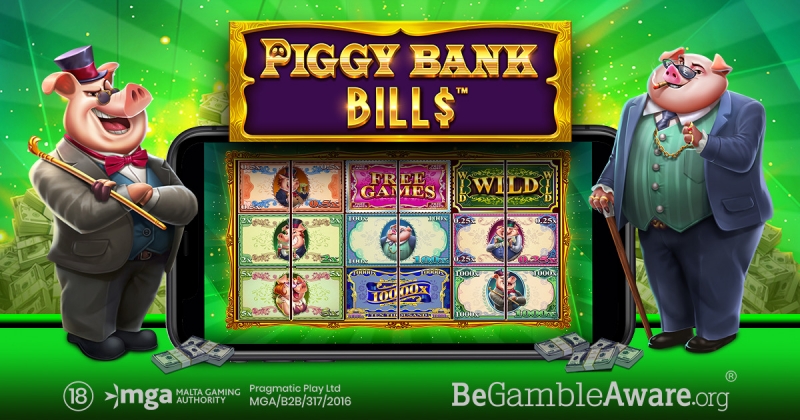 Pragmatic Play, a leading content provider to the iGaming industry, invites players to try their luck in an atypical new release, Piggy Bank Bills™, set in a universe where rich pigs are the dominant species. 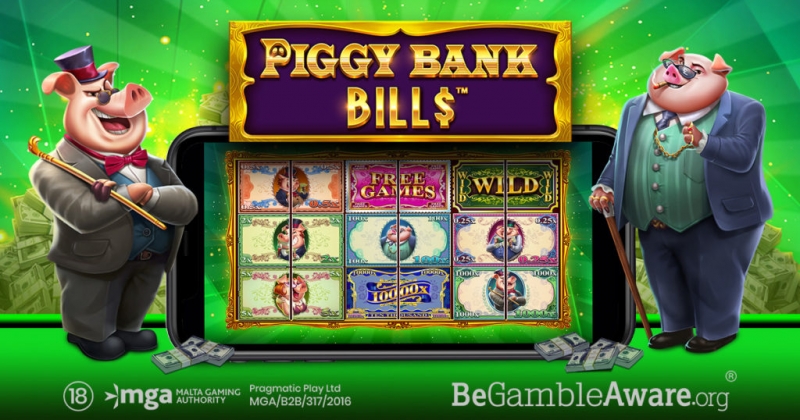 The new title oozes luxury and extravagance with its grand theme and piggy-inspired bank note symbols, featuring a light soundtrack that wouldn’t be out of place in a tropical beach setting and provides a light and exciting atmosphere for players to match banknotes and collect impressive rewards.

With 10 unique banknotes featuring on the reels, players are tasked with matching two halves by landing them next to each other, which results in a bill forming and a huge payout!

This unique style of matching the reels to complete the bank note is just another example of the creativity and innovation Pragmatic Play delivers in every game.

The game’s Wild symbol helps to generate more winning combinations by substituting for other symbols, and can pair with a bill, resulting in the value shown being paid out.

There are also three randomly triggered Piggy features in the base game: Piggy Win, which can turn two or more losing combinations into winners, Piggy Bonus, where players are offered the Free Spins feature and Piggy Wilds, which randomly places up to four Wilds on the reels.

Yossi Barzely, Chief Business Development Officer at Pragmatic Play, said: “We’ve released our fair share of money-inspired slots over the years, but none of them are quite like Piggy Bank Bills™.

“The innovation that has occurred behind the scenes to facilitate the creation of a truly original slot design has never been seen before, and we expect it to go down our treat with our audiences.”