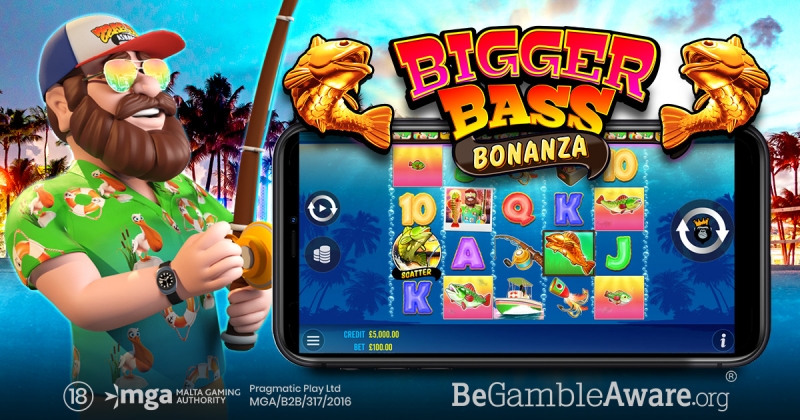 The provider goes fishing for prizes in its latest release

Pragmatic Play, a leading content provider to the IGaming industry, has cast a line deeper than ever before and snagged a real catch with new release, Bigger Bass Bonanza.

A continuation of its hugely popular predecessor, Bigger Bass Bonanza provides players with an extended set of reels and the opportunity to win up to 4000x their stake, virtually doubling the original game’s maximum multiplier value.

Based in a neon-lit harbour with tropical surroundings resembling Miami, players will need to keep an eye out for various rewards and prizes. As before, three or more scatter symbols during base play will trigger the Free Spins feature and 10 spins, with any additional scatter symbol adding five spins to the count.

During the Free Spins feature, money symbols feature randomly assigned values and an elusive Goldfish scatter symbol is worth 4000x the player’s bet. Wild symbols are also collected on a meter above the reels, with every four wilds retriggering the feature and a multiplier for the symbol collector.

Yossi Barzely, Chief Business Development Officer at Pragmatic Play, said: “We are delighted to launch another product in collaboration with Reel Kingdom, allowing us to reach more players than ever before.

“The light-hearted theme has been fleshed out with various new features, each with the intention of helping the fisherman enjoy a full catch.”