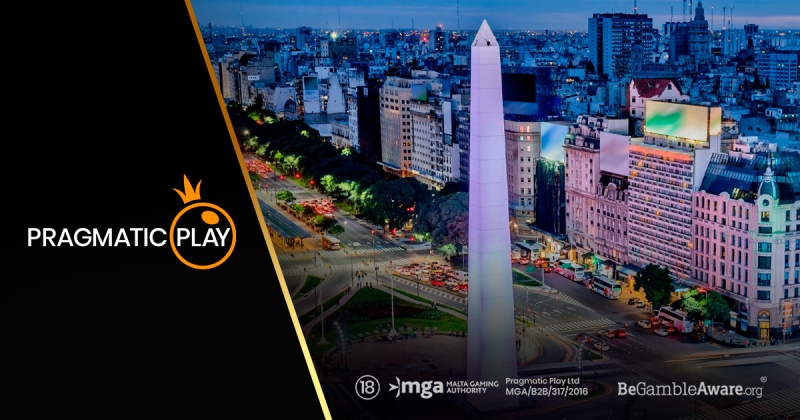 The provider will now offer its best slots in Buenos Aires

Pragmatic Play, a leading content provider to the iGaming industry, has taken a big step on its path to LatAm dominance, taking selected slots titles live across Argentina’s capital city following the authorization of LOTBA.

The provider recently received industry recognition in the form of an award at SBC Latinoamerica, and two ‘Game of the Year’ awards at the Gaming Intelligence Latin America Awards, and the EGR Operator Awards for its standout hit, Gates of Olympus.

Having secured a LOTBA authorization earlier in the year, carefully selected slot titles from Pragmatic Play’s portfolio have gone live in the City of Buenos Aires, including the award winner Gates of Olympus, Sweet Bonanza, Wolf Gold, and multiple entries from the iconic John Hunter series.

The Argentinian market holds endless potential for the rollout of Pragmatic Play’s award-winning slot titles thanks to the rich culture of land-based casinos in Latin America.

The announcement is yet another positive step for the provider as it continues to expand its presence in key strategic markets across Latin America, following the award of being the Best Game Producer in the Brazilian iGaming Summit Awards.

Victor Arias, Vice President of Latin American Operations at Pragmatic Play, said: “We are delighted with the news that our most exciting slot content has finally gone live in the city of Buenos Aires.

“Local players will finally be able to get a real taste of what Pragmatic Play’s products provide, allowing us to build on our reputation while providing players with high-quality experiences.”

Pragmatic Play currently produces up to five new slot titles a month, while also delivering Live Casino, Virtual Sports, and Bingo games as part of its multi-product portfolio, available through one single API.