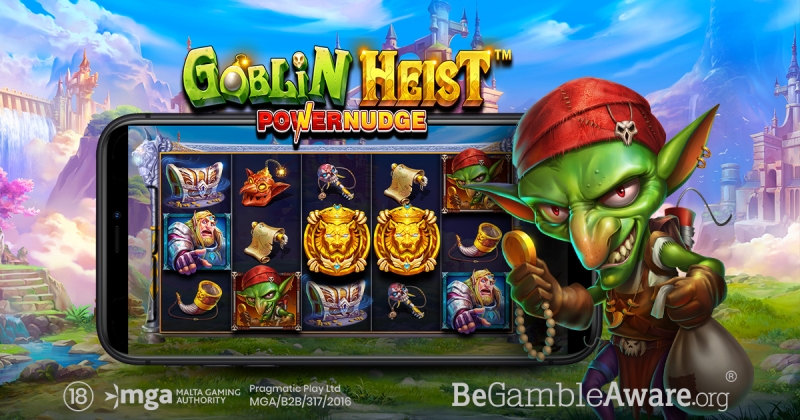 The provider releases another hit title featuring the Powenudge mechanism 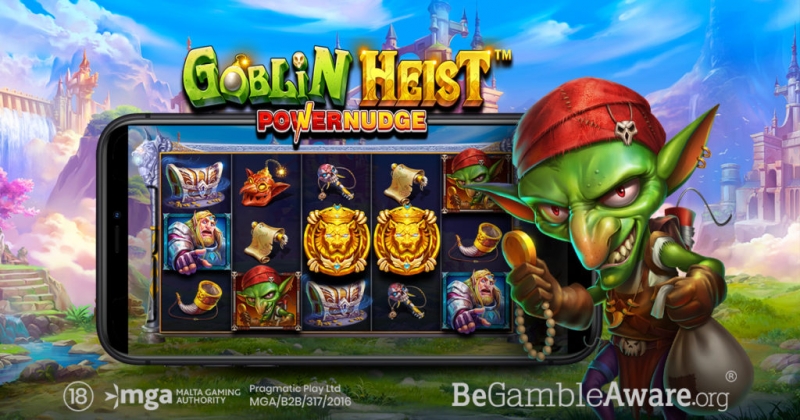 Goblin Heist PowerNudge™ takes place in a fantasy realm packed with treasure-hungry creatures in search of wins worth up to 4,000x the bet.

The PowerNudge™ tool comes into play with every winning combination, causing reels that participate in the successful spin to ‘nudge’ a position down, creating opportunities for even further payouts.

A blood-spattered skull, a tattered scroll, and a horn complete the bottom end of the paytable, while the high paying symbols are represented by a goblin, a knight and dynamite in the shape of a goblin’s head.

There’s also a golden lion Mystery Money symbol in the base game, and when players land six or more at the same time, the Money Respin feature is activated.

During this bonus round, the lion icons randomly reveal cash values and multipliers to add to any accumulated wins. The grid will continue to nudge until all the Mystery Money’s have disappeared from the screen.

In certain jurisdictions, users can use the Buy Free Spins feature to skip straight to the bonus round, at the cost of 100x their bet.

Goblin Heist PowerNudge™ follows in the footsteps of recent hits like Fire Strike 2, North Guardians, and Spirit of Adventure, which reside amongst a collection of over 200 titles in Pragmatic Play’s award-winning games portfolio.

Yossi Barzely, Chief Business Development Officer at Pragmatic Play, said: “We’re thrilled to bring back the PowerNudge™ mechanic in an entirely new playing environment, putting players at the heart of the action with a gaming experience that adds an extra layer of immersion and anticipation as the reels shift.

“Goblin Heist PowerNudge™ offerscrisp visuals, a captivating theme and intuitive sound effects, as well as a progressive feature that really stirs up the excitement.”

Pragmatic Play Turns Up The Heat In Fire Strike 2™