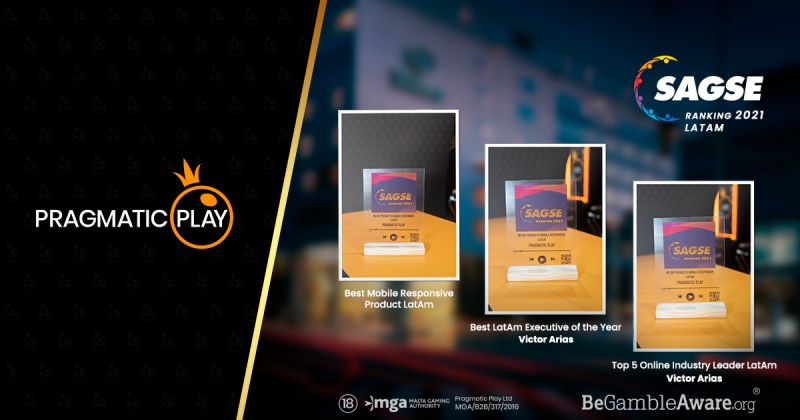 Pragmatic Play, a leading content provider to the iGaming industry, has won multiple awards at the prestigious SAGSE LatAm event.

The provider extended its thanks to the organisers of SAGSE, which saw industry leaders of the LatAm market descend on Buenos Aires for the two day event. Pragmatic Play exhibited at stand #171 throughout the expo and spoke in both conferences and panels sharing their expertise and insight with attendees.

The awards are testament to the integral role Arias plays in Pragmatic Play’s Latin American expansion, which is helping to drive both the provider’s growth along with the continent’s overall development in the iGaming market.

“Winning these awards was a welcome bonus that demonstrates both my own and Pragmatic Play achieving our goals of being true industry leaders within the market. I’d like to thank SAGSE, the operators we met and all those in attendance for making the event successful.”