Temujin Treasures Is The Newest Game Release From Pragmatic Play 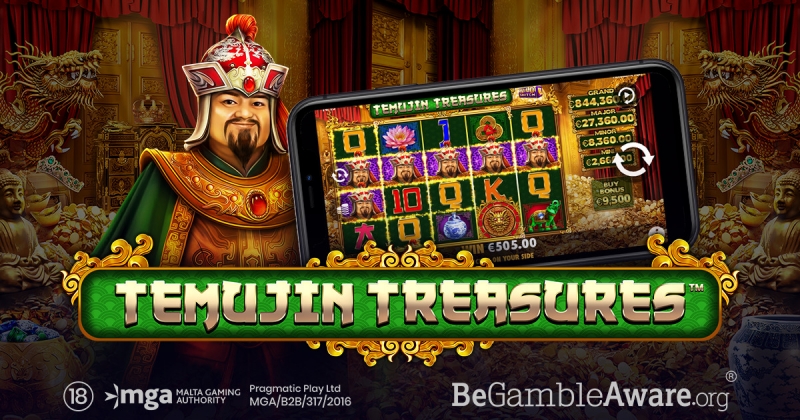 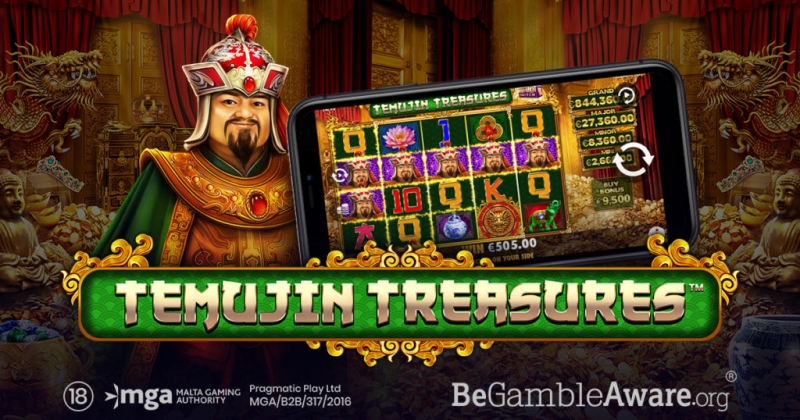 The 4×5, highly volatile slot title comes with an impressive 1,024 ways to win mechanism, featuring a Wheel of Fortune filled to the brim with all sorts of Multipliers, Jackpots and Free Spins. Players can get lucky in Temujin Treasures, with the smiling Emperor sharing some of his loot with them.

Temujin Treasures features vivid colours and inspiring fortune cookie messages that accompany wins, which has been tied together with a playful, Eastern-inspired soundtrack.

The Wild Switch feature – an exciting and lucrative modifier – is triggered when six or more of the same symbols land on the middle reels, transforming them into Wilds. Payouts are determined by the new Wilds that appear in place of the old symbols.

For the bonus feature to be triggered in Temujin Treasures, players will need a Scatter Symbol to land on the three middle reels. If this is achieved then you will be taken to the Wheel of Fortune, which is covered in a variety of cool prizes to win. These include Multipliers, Free Spins, and the four fixed jackpots named Mini, Minor, Major, and Grand.

If a Jackpot or Multiplier is won, the wheel will spin again to award more prizes. Players can win anywhere between six and 50 Free Spins from the wheel. Whenever a Firecracker symbol lands during the Free Spins Feature, all players will receive a small bonus that arrives in the form of additional Free Games, Money Values, Wild Multipliers and Jackpots.

Temujin Treasures arrives hot on the heels of popular titles Fishin’ Reels, Joker King and Eye of the Storm, strengthening Pragmatic Play’s exclusive slot portfolio that has been developed to cater to players of all skill levels.

“Introducing a host of fascinating bonus features that could lead to big wins, Temujin Treasures provides players with an experience that they will not be able to find anywhere else.”

Pragmatic Play currently produces up to five new slot titles a month, while also delivering Live Casino, Bingo and Virtual Sports games as part of its multi-product portfolio, available through one single API.