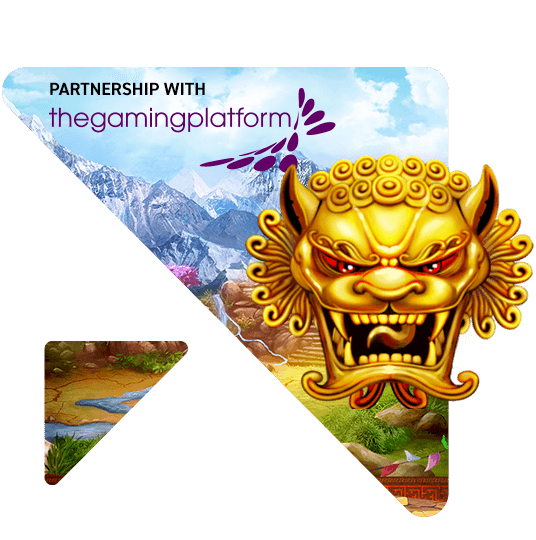 Wazdan has announced a new partnership with TGP Asia that takes them into the Asian markets with a bang and ramps up their presence across the Far East.

The Gaming Platform (TGP) concept has evolved over years of running B2C gaming websites and the knowledge that setting up a site from scratch can be a costly, complicated and risky business. TGP recognises that the right partnerships are the key to success and is focused on developing quality partnerships with operators, suppliers and content providers in order to deliver a flexible and dynamic online gaming platform for business partners. TGP Asia is the specialist Asia unit of TGP.

Wazdan has been racking up the awards this year for their innovative slots, winning Hot Product Award at G2E Asia with 9 Lions which made a stir and got the company noticed in the Far East. Wazdan also won Start-up of the Year at Malta's iGaming Excellence Awards 2018 and won 'Online Casino Innovator 2018' at the 2018 Central and Eastern Europe Gaming Conference (CEEGC) held in Budapest, as well as being shortlisted for a number of other high-profile awards across the year.

The range of technology developed has positioned Wazdan at the forefront of the slots industry with the world's first Volatility Levels™, Energy Saving Mode, Double Screen Mode and Unique Gamble Feature which are central to the company's mobile and player-friendliness. Last month at SiGMA the company launched two new features: Ultra Lite Mode and Ultra Fast Mode which generate added excitement and fun for players.

Charles Hwang, CEO of TGP Asia said: “Wazdan has a buzz about them and the prospect of offering their complete portfolio of the latest HTML5 games to our partners was irresistible. Wazdan has a growing reputation for developing high-quality technology and wickedly immersive games, and that's what players on the move want today. We believe this will give Wazdan the traction they need in Asia."

Head of Sales at Wazdan,  Andrzej Hyla, said: “Asia makes up almost 60% of the world’s population and we see that our games fit well to that marketplace. The deal with TGP Asia ensures we have a significant presence within the region whilst catering to the growing demands of the online gambling communities in Asia."