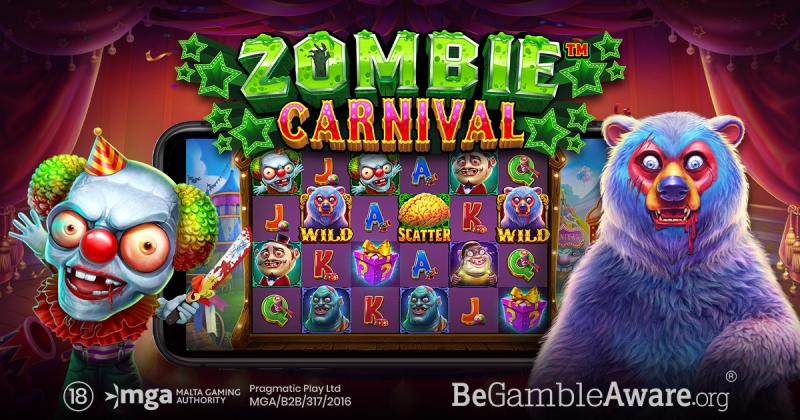 Pragmatic Play, a leading content provider to the iGaming industry, welcomes players to the festival of the undead in gruesome, yet humorous new title, Zombie Carnival™. 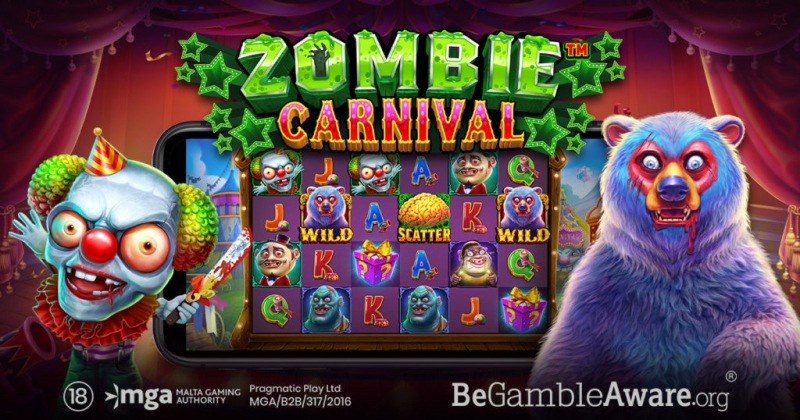 Delivering an out-of-the-box blend of popular themes, Zombie Carnival™ features circus tents filled with a variety of undead characters, including ringleaders, clowns, acrobats, and even some blood-thirsty animals!

Providing a monstrous 4,096 ways to win and eight regular – but terrifying – paying symbols, the title’s Scatter is suitably embodied by a brain, and only appears on reels two, three, four and five.

The Wild is characterised by a ravenous bear that only appears in the Free Spins round, and there is a Mystery icon that[VL1]  randomly transforms into one of the paying symbols at the end of every spin.

When two or more Scatters land in the base game, the bonus round is triggered, causing them to transform into Wilds and remain on the reels for the duration of the feature.

Players are awarded six free spins at the start, and whenever a Scatter lands on the reels, the closest Wild will move towards it and consume it, taking its position and increasing the multiplier by[VL2]  1x each time.

In certain jurisdictions, customers can utilise the Buy Free Spins feature to skip straight to the bonus round, at the cost of 80x their bet.

Zombie Carnival™ follows in the footsteps of recent hits Wild West Gold Megaways™, Cleocatra™, and Little Gem™,which reside amongst a collection of over 200 titles in Pragmatic Play’s award-winning games portfolio.

“With our last few slot releases delivering more wholesome themes, Zombie Carnival™ disrupts the pattern and provides a sense of variety to the offering, and we are thrilled with how it has taken shape.”