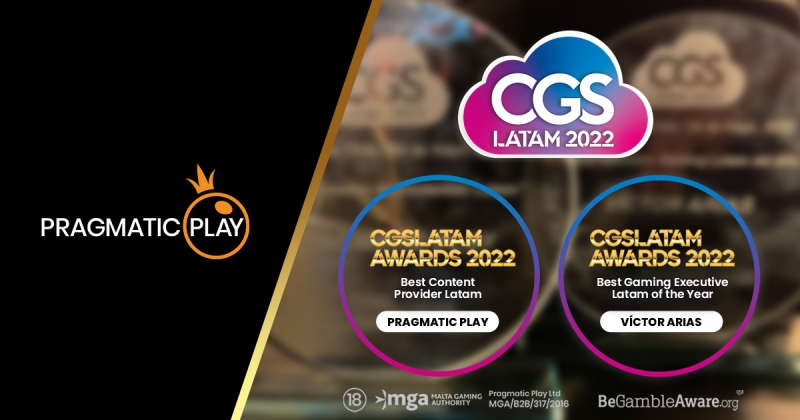 The provider scoops two awards at CGS LatAm in Chile

The prestigious ceremony recognised the industry’s best and brightest in the region and was hosted during the two days of the show, held on May 24th and 25th in Santiago de Chile.

The awards are a testament to Pragmatic Play’s leading position within the continent with them reflecting the company’s continued expansion across the region. The provider has enjoyed significant commercial growth both locally and throughout its global operations with these latest awards adding to an already impressive year of achievements.

Victor Arias, Vice President of Latin American Operations at Pragmatic Play, said: “I would like to thank the organisers of CGS LatAm on the 12th year of hosting this incredible exhibition.

“Both I and Pragmatic Play are extremely proud to win these awards as they represent our position as true industry leaders within Latin America. Our continued accomplishments are bolstered by the amazing relationship we have with operators within this key market and we look forward to continuing this success as we move forward.”