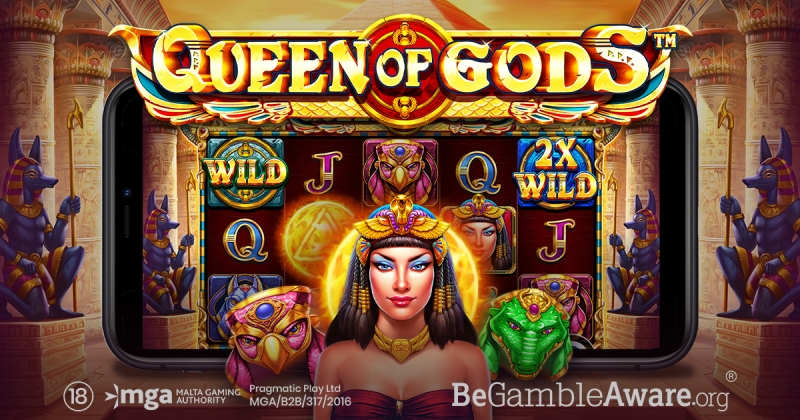 Pragmatic Play, a leading content provider to the iGaming industry, journeys through the Ancient Egyptian in its new slot release Queen of Gods™. 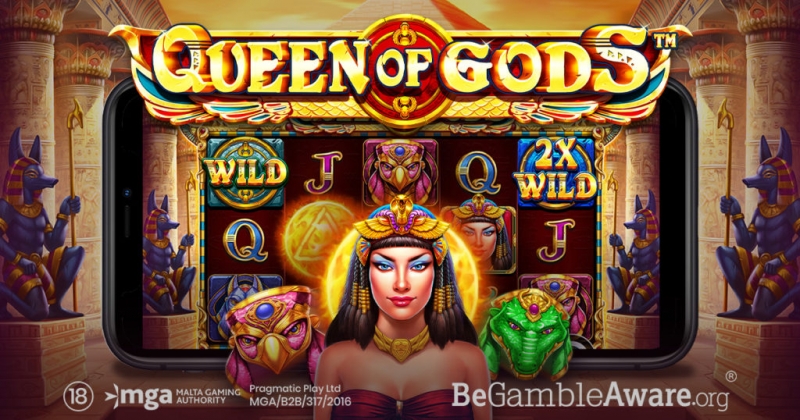 Set across 5×3 reels, the deities of Ancient Egypt make up the high paying symbols within Queen of Gods consisting of Anubis, Horus and Sebek with their Queen being the highest paying symbol in-game. Wilds join these Gods and aid in the creation of matching combinations across the title’s ten paylines to award a win.

Landing at least three scatter symbols in the base game awards the free spins round. Four choices of varying spins and different wild multipliers are presented which will appear throughout. The more spins chosen the lower the wild multiplier gained will be, however, they can also place their luck in the hands of the Gods and pick a mystery choice. This allows a randomly selected number of spins and multiplier wilds be in play during the bonus.

Within the bonus round, special reels are in play that are now only home to the four highest paying symbols and the wilds the player chose before the free spins round commenced. This increases the big-win potential present within Queen of Gods™ and is instrumental in awarding the title’s 1,823x max win.

Queen of Gods™ follows in the footsteps of recent hits Fortune of Giza™, Zombie Carnival and Wild West Gold Megaways which reside amongst a collection of over 200 titles in Pragmatic Play’s award-winning games portfolio.

Yossi Barzely, Chief Business Development Officer at Pragmatic Play, said: “Building upon the incredibly popular theme of Ancient Egypt and creating an innovative bonus round where only high paying symbols are in play will be a draw for both new and existing Pragmatic Play enthusiasts alike.”

“Providing players with a level of autonomy upon entering the free spins, by allowing them to choose the number of spins and the wild multiplier they will receive, not only increases direct engagement but allows them to change the game to better reflect their gambling preference.”